Commonwealth Games: Gold and glory no protection from gossip for Aussie stars McKeon and Chalmers 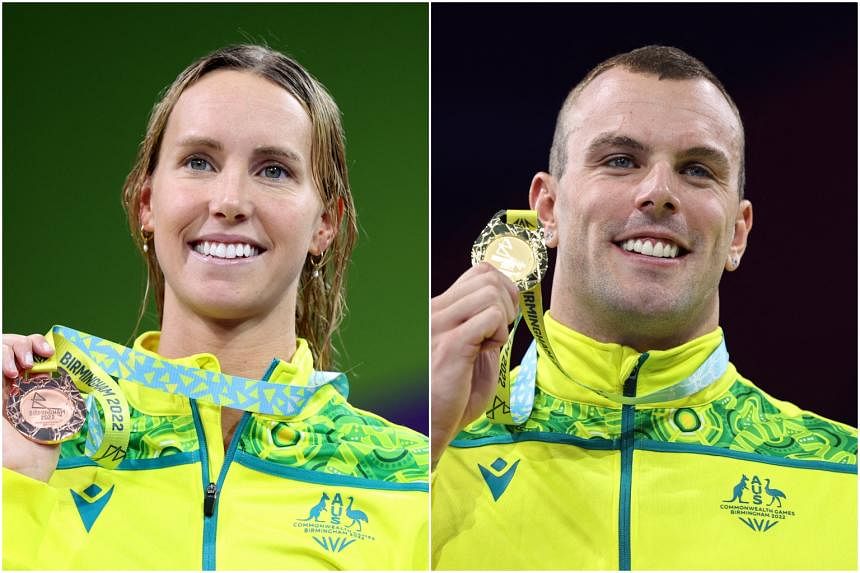 BIRMINGHAM – Her 19th medal is a Commonwealth Games landmark but unfortunately for Australian swim star Emma McKeon, the headlines this week have not always been about her feats in the pool.

A soap opera about her personal life, involving a so-called ‘love triangle’ with team-mates Kyle Chalmers and Cody Simpson, has been playing out on the sidelines at the Sandwell Aquatic Centre too. The matter has been fodder in Australian media for some months now but reached international proportions when the trio arrived in Birmingham for the July 28-Aug 8 Games.

As Reuters writer Steve Keating put it: “Australian swimmers have swept the podium, broken world records, set milestones and won a mountain of medals at the Commonwealth Games pool but all anyone wants to talk about is a supposed ‘love triangle’ with golden girl Emma McKeon at the centre.”

At the heart of the matter is McKeon, 28, who had dated Chalmers last year but is now romantically linked to Simpson, a 24-year-old former singer who used to date US singer Miley Cyrus.

Chalmers and McKeon, a five-gold Olympic medallist, had taken part in the mixed 4x100m freestyle relay on Friday which Australia had won. But Chalmers was then accused of ignoring her post-race.

The newspaper reports – and uncomfortable questions about supposed tensions within the team – led a frustrated Chalmers, 24, to lash out at the media.

After winning the gold medal in the men’s 100m freestyle on Monday (Aug 1), he told reporters in the mixed zone: “The lies and false truths getting put out there. It’s nowhere near the truth at all. We are great friends and have great support.

“I am just grateful to be a part of the team and sharing that with every single team member.”

McKeon, who claimed her fifth gold of the Games in the mixed 4x100m medley relay on Tuesday, was also questioned about the supposed snub but insisted that Chalmers did shake her hand after Friday’s triumph.

Chalmers, gold medallist at the 2016 Olympics in the 100m freestyle and a silver medallist in the same event last year, slammed the media for using him for “clickbait” by publishing stories about his relationships with McKeon and Simpson.

“I was so proud at trials, winning my 10th national title, fifth in a different event, just coming back from my shoulder surgery.

“But instead of focusing on the positives, you guys want to focus on the negatives again.”

Chalmers, who has claimed three golds in Birmingham, also reiterated that there was no animosity between him and Simpson, saying: “I say good luck to Cody , I say good job to Cody. I sent him a message after the race.

“I do nothing but be as positive as I possibly can. I support him on the team but again people just want clickbait on the article.

“It’s unfortunate that I can’t do anything at this point in time but I am here to swim, I am here to race. The next story will unfold eventually.”