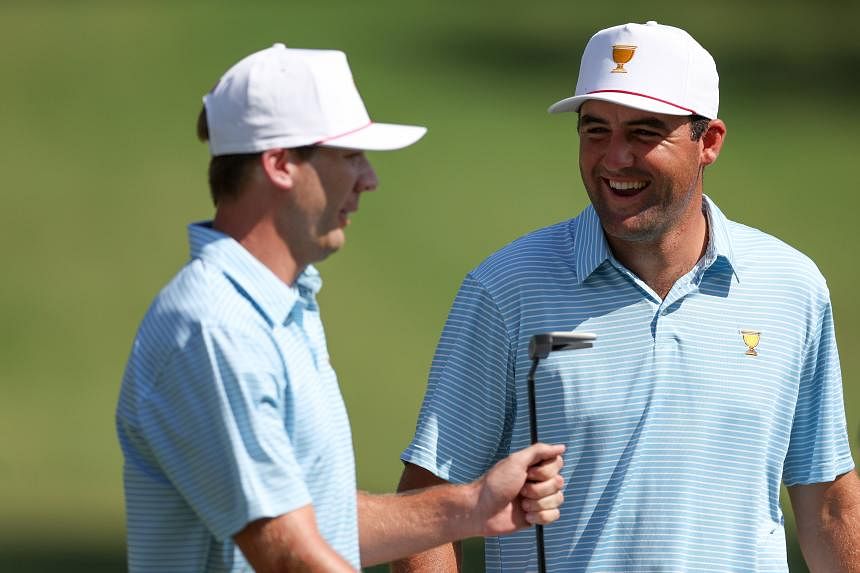 CHARLOTTE, North Carolina – The United States Presidents Cup blowout many had feared took shape at steamy Quail Hollow Club on Thursday as the Americans led the Internationals in all five matches of the opening foursomes.

The US have dominated the biennial competition with an 11-1-1 record and never lost on home soil.

The Internationals, with a record eight Presidents Cup debutants in their 12-man team, started as massive underdogs against a US squad featuring nine of the top 15 in the world rankings led by number one Scottie Scheffler.

With temperatures nudging towards 100 Fahrenheit (38 Celsius) the event got off to a steamy and raucous start with chants of “USA, USA” from the pro-American crowd.

US captain Davis Love III’s men did not waste any time giving the crowd plenty of reasons to cheer as they quickly seized control.

International captain Trevor Immelman sent out his most experienced pair of Australian Adam Scott, playing in his 10th Presidents Cup, and Japan’s Hideki Matsuyama first to face the US duo of world numbers four and five Patrick Cantlay and Xander Schauffele.

But the Internationals’ two Masters champions stumbled out of the gate as Cantlay and Schauffele charged to a 4-up lead after seven holes and reached the turn 3-up.

Behind them the Internationals were struggling to keep pace, trailing in all four matches. REUTERS