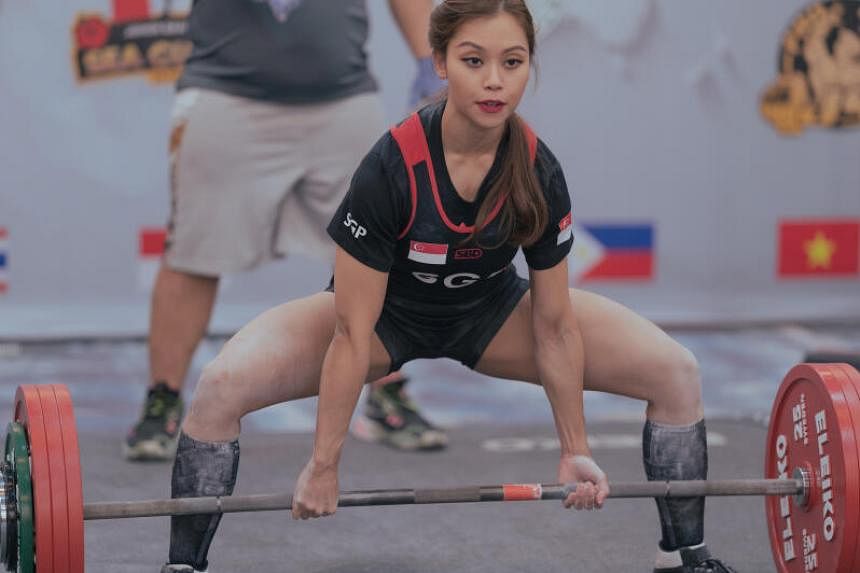 Competing at the Hotel Trove, the 29-year-old lifted 201kg to eclipse her previous record of 200.5kg, which she had set at the World Open Classic Powerlifting Championships in Sun City, South Africa in June.

Despite Farhanna picking up the sport just five years ago, Powerlifting Singapore vice-president and national head coach Ng Jun Jie believes that the sky is the limit for her.

“It really opens up the possibilities of what she can do.”

The outing across the Causeway was a successful one for Singapore’s 48-strong contingent, who finished as the best team overall. Based on their total scores for the three lifts, they won 26 gold, seven silver and nine bronze medals in the four-day event.

Chu, who competed in the women’s juniors U-47kg category, was relieved to get the squat record after almost missing out on her chance to compete.

During the weigh-in two hours before her event, Chu was still 300 grams over the class limit and she had to go through an arduous process that involved hot and cold showers multiple times to cut weight.

The hour-long process took a physical and mental toll on her as she started to doubt whether she should be competing in the first place.

But she eventually made weight and lifted 123kg to rewrite the previous mark of 115kg set by Japan’s Kani Haruka in 2018.

The 22-year-old undergraduate said: “I feel more relieved than happy because the squat record was narrowly missed in 2019 before Covid hit.

“This is my last junior year (ages 19 to 23) and I finally got the platform to showcase what I had been training for.”