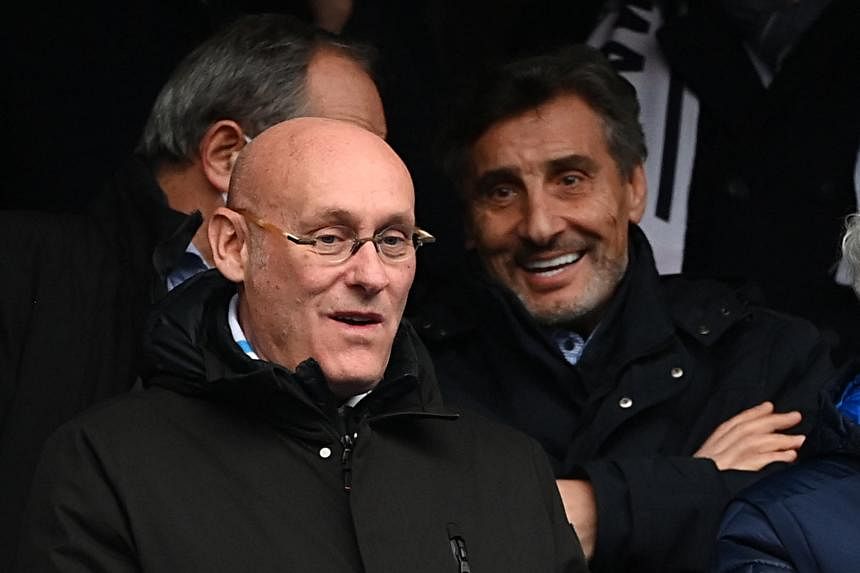 PARIS – Bernard Laporte, a towering figure in French rugby, goes on trial on Wednesday on charges of corruption and influence peddling in a high-profile case making big waves only a year before France hosts the Rugby World Cup.

The 58-year-old former France coach is accused of favouritism in awarding a shirt sponsor contract for the national side to a close friend, Mohed Altrad, the billionaire owner of Top 14 champions Montpellier.

The five officials in the dock also include Claude Atcher, who was recently suspended as managing director of the 2023 World Cup organisation, and French Rugby Federation (FFR) vice-president Serge Simon.

The trial will run till Sept 22.

“The accusations against Bernard Laporte are completely trumped up, notably because everything he did was in the best interest of the federation,” his lawyer, Jean-Pierre Versini-Campinchi, told AFP.

But France’s financial crimes unit PNF disagrees. Its investigation into the dealings of Laporte, who was minister for sports in former president Nicolas Sarkozy’s government from 2007 to 2009, concluded that he was guilty of illegal influence peddling and passive corruption, mostly for the benefit of Altrad.

The two men’s friendship and business links are at the heart of the case, which goes back to February 2017 when they signed a deal under which Laporte, then head of the FFR, agreed to appear in Altrad group conferences, and sold his image reproduction rights, in return for €180,000 (S$250,000).

But while that sum was indeed paid to Laporte, prosecutors claim that he never actually provided the services he signed up for.

He did, however, make several public statements backing Altrad and, in March 2017, signed a €1.8 million deal with the businessman making his eponymous firm the first-ever sponsor to appear on the French national team’s jerseys.

Even now, Altrad’s logo features on team’s shirts thanks to a follow-up deal negotiated by Laporte in 2018 and which prosecutors say bears all the hallmarks of corruption.

Laporte is further accused of intervening with French rugby’s federal disciplinary commission which reduced a fine against an Altrad company to €20,000 after a call from Laporte, from an original €70,000.

While prosecutors see this and several more incidents is proof of illicit favouritism, Laporte himself claimed that there was no “cause-effect relationship”, and said he himself cancelled the contract in the summer of 2017 when press reports began to question the nature of the relationship between the two men.

The trial will also examine the links between Claude Atcher and the FFR from 2017 to 2018 when Atcher’s company, Sport SV, won contracts for four missions, mostly linked to the French bid for the 2023 World Cup.

Prosecutors say one of those missions, worth €21,000, was never carried out, but Laporte still signed off on a bonus payment to Sport XV of €30,000.

Prosecutors say the deals swindled the FFR out of an estimated total of €80,000.